How does Ketone-IQ™ compare to other ketone esters, ketone salts, and MCT oil? 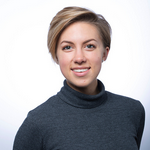 Updated 6 months ago by Taylor

Ketone-IQ™️ delivers pure ketones with no salts, no fat—just fuel immediately available for your metabolism.

Read on to learn more about how Ketone-IQ™️ compares to Salts, MCTs, and more.